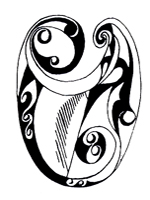 Along with songwriting, another bridge between music and words, this is where music and sound have been designed to fit with spoken word. In many ways it's hard to tell where the boundary lies between this and songwriting, but one does exist and it's not just that the words are spoken in one and sung in the other. Maybe it's to do with how the words are structured, or where the words take priority over the music, or the way that one is a synthesis of thought and feeling and the other is a sometimes subliminal enhancement of the words by the sounds .....................

as always it's the multilayering of meanings, emotions and sounds that makes it so much more interesting. If you have any projects needing this kind of treatment, get ...... intouch@brianboothby.co.uk

As Musical Director with the Oxford School of Drama, I was involved with more than thirty shows, exploring and enhancing some of the classic works of European literature. Due to the ephemeral nature of theatre very little of this was ever recorded, and of that very rich vein very little survives. Working with the cast in exploratory and experimental ways, some fabulous soundscapes were created, mostly live, using voices, bodies and any instrument or prop available. These included versions from TS Elliot's Wasteland, Lorca's Blood Wedding, Ted Hughes' Crow and Shakespeare's Midsummer Night's Dream, Macbeth and Tempest. Sound effects and atmospheres for both great plays and devised work were also created.

Another project I greatly enjoyed was to work closely with writer Anthea Dobry on a modern telling of the ancient Celtic legend of the Children of Lir. Taking shape over a longer period, this involved more extensive composition and score development, and was eventually staged at Pegasus Theatre in Oxford.

This has also been a part of the work from time to time, using musical compositions, adaptations, some application of theatre and a wide variety of instruments, alongside words, to help produce a required effect. These ranged from fitness regimes to deep hypnotherapy, notably with therapy and life coach specialists Sarah McLoughry, Jane Duncan and Philip Rogers.

Whatever happened to those Teaching English as a Foreign Language tapes I did way back when? Is anybody out there still using them?

This was a lovely collaboration with my partner, artist Glennie Kindred. Our TEFL friend Jim Wingate chose some of my poems and songs, and Glennie illustrated them in a book, then wildlife recordist Ken Jackson helped me record the material and put it out on cassette.

Well, it all began with the Word, we were told in school. Certainly, as a way of exploring the life within, little can match the process of writing. Unfortunately, the psychoanalytical skills came later, so it was more for relief than illumination .................. it all seemed very important at the time. Though most of it was never destined to become great literature, it certainly provided an outlet for a wounded Scorpionic sensibility. It did also win a few prizes here and there, so some of it must have had some quality.

Later, most words fed into songwriting, but the non-musical has re-emerged lately, collected up in three sheaves: the Mighty Poems, (the favourites, brushed up and made respectable); The Silver People, a novel needing either drastic rewriting or forgetting completely; and Life with Merle, a collection of new writing inspired by a peculiar and much-loved blackbird who shared our garden for five years, sparking rich creative and philosophical trains of thought with his antics. More ideas are in development, not yet ready for human consumption, so please, no beating paths to my door.

if you want to use any of this material, I would be delighted, please get intouch@brianboothby.co.uk about it, I like to know what journey it's taking, and i'm sure we can come to some arrangement.